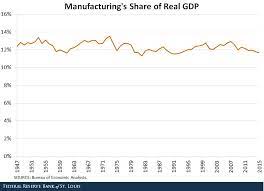 For a second consecutive quarter, the US GDP dropped. Negative growth is frequently regarded as a recession, but there is no official definition of the term. Clearly, some areas of the economy are having real trouble.

The US economy shrank by 0.9 percent over the last three months. The economy has shrunk in the second consecutive year. GDP (gross domestic product) fell by 1.6 percent year on year in the first quarter.

When two consecutive quarters witness negative growth are frequently regarded as a recession, there is no other official definition. The NBER (National Bureau of Economic Research), a non-profit agency predicts the American economy certainly experiencing a recession.

That decision is made by an NBER (National Bureau of Economic Research) committee of eight top economists, on the basis of a variety of variables. On the other hand, the White House has clearly opposed entitling the current condition of the economy as a recession. They are largely aware on the impact the economy will have on the midterm elections.

As evidence of the economy condition, President Biden coated record employment growth and foreign corporate investment in the period. The president, Biden, said that doesn’t sound like a recession. If there are so many jobs being generated, how can there be a recession in the US?

According to the yearly GDP data, businesses made economic downswings. Without a doubt, interest rates have risen and borrowing has grown more expensive. Therefore, there is less money available for investment in terms of business. The main concern will begin when it starts to harm employment growth.

Other reasons are that the retailers were spending less because they had a surplus of inventory to sell. Mortgage rates are rising in the property market, which had been heating up throughout the pandemic but has now become cool.

There were some positive aspects that were also there when people indulged themselves by going to restaurants and travelling as wages continued to grow. However, as the bank continues to aggressively raise interest rates to combat excessive inflation, recession fears have significantly increased.

Prior to all the dips, there were no job losses in the country. The American economy has been creating new jobs every month for the prior three. The economy is not in a recession; it is a period of generalized economic downturn.

The economy relies on consumer spending continuing to be robust. The White House dislikes the term “recession” and has made a point of reassuring the public that even two quarters of negative growth do not necessarily indicate a recession.

The White House is painfully aware of the optics of a nation in recession, where Americans are experiencing financial suffering, as the November elections draw near. A lot of US residents are already having the gut feeling as prices for a wide range of goods continue to soar and inflation is at a multi-decade high.

What Indicates A Recession?

According to the NBER, a recession is defined as a large fall in economic activity that is dispersed across the economy and that lasts more than a few months. The labour market has continued to exhibit signals of strength, and employment is taken into consideration by the group.

In June, the US government added 372,000 jobs, keeping the unemployment rate at 3.6 percent, close to its pre-pandemic level. The head of U.S. economics at Bank of America Securities, Michael Gapen, proclaims that the NBER would not analyze the statistics at this time and declare that the economy is in a recession.

Everyone is agreed that the economy is dipping in a row, prices are growing faster than they have never in past years. The real estate market has started to cool as a result of the aggressive home loan interest rate hikes. The central bank enlarged the interest rates by an additional three-quarters high of a percentage point on Thursday.

All these actions will show how much the economy grew or shrank on a percentage basis. It is expected to draw people’s attention, but somehow the US manages to control unemployment after pandemic.

What is the Hourly Rate For An Accountant in Perth?
Meta alerts users to mobile apps that steal passwords