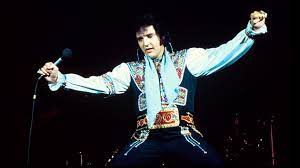 Elvis Presley, referred to as the King of Rock N Roll, passed away 45 years ago today, on August 16 1975. Presley died of heart failure at his Graceland house in Memphis, Tennessee, when he was only 42 years old. Prescription drug usage is frequently blamed for the singer’s demise.

Presley, the pioneer of rock ‘n’ roll, is without a doubt the most well-known and identifiable cultural figure of the 20th century thanks to his charisma, upbeat music, and attractive appearance.

His devotion to and support of musicians like Little Richard and Fats Domino paved the way for white audiences to embrace black rock ‘n’ roll musicians on a commercial level. Elvis’ musical abilities extended beyond rock to include gospel, country, and pop balladry.

How Is Become The Best Solo Musician

With more than 230 million certified units sold worldwide, Elvis continues to rank among the most successful solo musicians ever. He achieved 10 Billboard 200 chart-topping albums and 18 Hot 100 #1 singles. There are still numerous popular posthumous Presley albums being published, including compilations and rarities collections.

Graceland became a very popular tourist destination following Presley’s passing. The land was enlarged a number of years ago to accommodate an entertainment complex with museums, restaurants, a hotel, and a concert arena.

How Elvis Presley Is Remembered Today On His Death Anniversary

Graceland organises the multi-day Elvis Week celebration each year to mark the anniversary of Presley’s passing. This year’s event began on Tuesday, August 9, and ends on Wednesday, August 17. The Elvis Presley in Concert performance, taking place at the Graceland Soundstage venue, is among the festivities planned for today.

Film clips of Elvis Presley singing his great songs will be shown during the programme, along with live musical accompaniment provided by a group that comprises members of his TCB Band and a special appearance by Priscilla, Presley’s ex-wife.

A Man With Multiple Extraordinary Talents

Along with being a musician, Elvis Presley also appeared in 33 films as a leading man and appeared in a number of television shows and specials.

Despite having the chance to join the Special Services division, which was in charge of providing entertainment for the military, he nonetheless served in the US army from 1958 to 1960 as a normal soldier.

Elvis Presley died suddenly on August 16, 1977, at the age of 42, because of sudden heart failure while he was visiting his Memphis home, Graceland. He is considered as one of the most significant public figures and popular personality of the 20th century.

What Was Elvis Presley Worth When He Passed Away?

Elvis Presley’s net worth was approximately $5 million at the time of his passing in 1977, according to Celebrity Net Worth. (Around $24 million in today’s dollars.) Due to Graceland-related costs and the fact that his record label, not Presley’s estate or kin, profited financially from his music, this figure was convoluted.

How Old Was She When Priscilla Presley Wed Elvis?

Priscilla mentioned in her 1985 biography, Elvis and Me relationship did not develop into one that was sexual until after their wedding in the year 1967, when she was only 21 years old. The woman described to Closer Weekly in 2017 that it was a promise he made to my father.

Why Was Elvis Presley Famous For?

Presley played a major role in the growth of rock and roll music in America during his incredible career. For his gospel recordings, he was also honoured with three Grammy Awards. Presley was a significant force in music, with 18 No. 1 singles, includes Don’t Be Cruel, Good Luck Charm, Suspicious Minds, and countless gold and platinum albums to his name.

Brahmastra Live Updates: Kareena Kapoor And Saif Ali Khan See The Film With Taimur, 1 Million Ticket...
Gabbie Hanna fans are concerned after the TikTok celebrity posts around 100 videos in one day
The Gunners Win Against Bournemouth And Move Atop The Premier League Thanks To Goals From Saliba And...