Divya Bharti, the most beautiful actress of 90’s of Indian Cinema, who had started work at the early age of 16. She had done many hit movies in Telugu and Hindi. She earned much fame in a very short period of time. She was admired for her beautiful face, cute smile, lovely voice and bubbly nature. She was always remembered for her acting and versatile roles.

Divya Bharti was born on 25th February 1974 in Mumbai, India. Her parents were Mr. Omprakash Bharti who was Insurance office and mother’s name was Meena Bharti. Bharti did her schooling from the Maneckji Cooper high school in Juhu Mumbai.

Divya got her first film offer from the filmmaker Nandu Tolani for his film Gunahon Ka Devta when she was in ninth standard. But unfortunately, her role was canceled. later on, she received another offer from Kirti Kumar who want a new face for his film Radha Ka Sangam, Bharti was selected for the role of Radha, but due to some reasons, this role was given to Juhi Chawla. Divya’s childish nature was considered the main cause for this failure. After many struggles, she got an offer from Telugu film producer D. Ramanaidu and he casted Divya for his film Bobbli Raja. The film was released in 1990 and proved the greatest hit at that time. The film was also dubbed in Hindi and released as Rampur ka raja. She did many Telugu film and became a popular face in Telugu cinema. She did many super hit Telugu films like Rowdy Alludu opposite Chiranjeevi and Assembly rowdy opposite Mohan Babu. 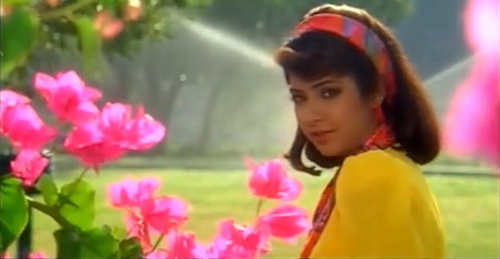 She got his first chance after many failures in 1992 in Vishwatma opposite sunny Deol directed by Rajiv rai. However the film was multi starrer film, but Bharti got recognition from the song Saat Samundar Paar and Highlighted in Hindi Cinema. A week later she was seen in the other movie named Dil Ka Kya Kasoor opposite Prithvi, however, the film failed at the box office but the movie’s music attracted the audience. In march 1992 she had done Shola Aur Shabnam opposite Govinda which was the blockbuster hit and she got an award of Filmfare lux New face of the year. She later did another a big hit film Deewana opposite Rishi Kapoor and newcomer Shah rukh Khan which is regarded one of the blockbuster hit films of 1992. She became a very popular heroine of 1990’s and included in the list of top 10 best actresses of the year 1992. Later on, she did Dil AAshna Hai, Balwan, Jaan se pyara, Geet etc. She also acted in Telugu movie name Chittamma Mogudu opposite Mohan babu. She did back to back 14 films in 1 year which was an unbreakable record. She was also seen in the multi starrer film named Kshatriya with sunny Deol, Sanjay Dutt, and Raveena Tandon. This movie was her last film which was released in front of her. She died after one week of the release of this movie. 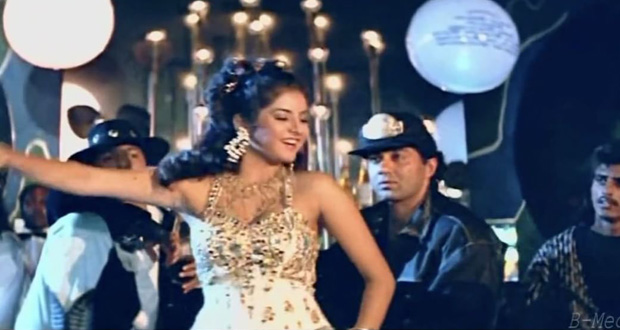 When Bharti was shooting with Govinda in Shola Aur Shabnam she was met with one of the Govinda’s friends named Sajid Nadiadwala. Soon Bharti and Sajid fell in love with each other and planned to get married. They married with each other but hid this relationship because of family problems. As she belongs to Hindu community and Sajid belongs to Islam. Her parents strongly disapproved this relationship but after marriage, she accepted the Islam religion and changed her name to Sana Nadiadwala.

On 5th April 1993, she was fell off from the balcony of her fifth-floor apartment at the Tulsi buildings at Versova, Mumbai. She was immediately taken to the Cooper hospital where she was declared dead as the heavy blood loss happened at the back of the head which was badly damaged due to fall. The reason of falling was never built as some said it was accidental, some said it was due to the alcohol effect, some said it was suicide, some said it was the murder someone had pushed her. But no assumption was verified. The investigation was closed after 5 years in 1998 by the Mumbai police and they declared it was the accidental death. Her body was cremated on 7th April 1993 at the vile Parle crematorium Mumbai.

She had completed two films named Rang and Shatranj which were released after her death. She also had half completed her film Laadla which was later given to the Sridevi. She was also signed for many films like Mohra, Andolan, Kartavya, Vijaypath but was replaced with other heroines after her death. Two movies which were signed by her name Parinam with Akshay Kumar and chat Pe Chal with Jackie Shroff, both movie were shelved.

Divya Bharti was really an amazing actress and her career was at the peak when she was dead. She had done approx 14 Hindi movies and some big hits also. She was considered as the top actress at that time. However the cause of her death was never known by anyone, but she was always remembered for her acting, cute smile and her childish behavior. She died at the very young age of nineteen. May god rest in peace her soul.