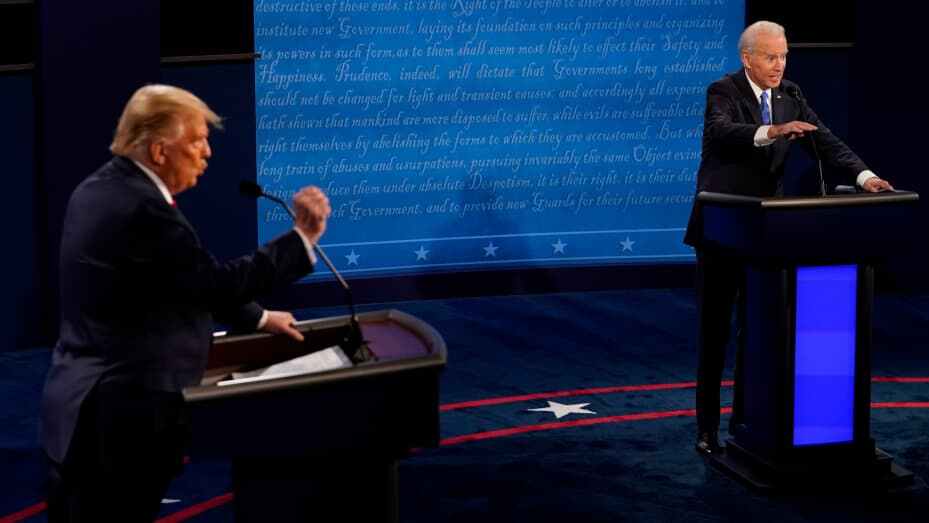 There have been no official announcements about massive student loan forgiveness, and it is unclear whether President Joe Biden will cancel any debt at all.

Nonetheless, current sources indicate that Biden is considering loan forgiveness of up to $10,000 for federal borrowers earning less than $125,000 per year, with an announcement as soon as Wednesday.

According to the Penn Wharton Budget Model, a one-time, widespread federal loan cancellation (with an income cap) in 2022 would cost roughly $298 billion.

How Much Is The Forgiveness Estimated Cost?

If loan forgiveness is extended throughout the following decade, it will cost an additional $3.5 billion per year for new qualifying borrowers, for a total cost of about $329 billion. The vast majority of the liability would be let off in the first year.

According to Kent Smetters, faculty director of the Penn Wharton Budget Model, the estimate includes a 10-year window to offer policymakers a notion of the additional cost for people who would barely miss the cut-off if forgiveness was granted this year.

According to reports, the administration is considering an income cap to please critics who argue that high-income individuals do not require student loan debt forgiveness. Without the restriction, $10,000 in forgiveness would cost an estimated $311 billion or $344 billion over ten years.

Although many of the estimated 44 million federal borrowers would welcome $10,000 in forgiveness, some progressives have advocated for larger relief, including up to $50,000 per borrower. Penn calculates that doing so would cost $980 billion over ten years.

According to the Penn analysis, forgiving $10,000 in debt per borrower would likewise benefit wealthier households disproportionately. Households in the top 60% of the income distribution would receive between 69% and 73% of the debt forgiveness. With the stated income cap, however, the richest 10% of households would get less than 2.5% of the benefits.

According to Smetters, government student loan forgiveness would skew to higher earnings in comparison to other means-tested programmes like the Supplemental Nutrition Assistance Program (SNAP), which benefit lower-income Americans by design.

According to Smetters, there are currently initiatives in place to assist low-income Americans in getting their federal debts forgiven, such as income-driven repayment plans. The challenge is getting more people to sign up for them.

A lot of individuals are unaware that income-based repayment arrangements already exist,” he says. You don’t have to pay anything back in case of some bank.

According to an earlier estimate from the New York Federal Reserve, $10,000 in debt forgiveness would entirely wipe off the debt of over a third of borrowers, including approximately 31% of late or in default loans.

Why Biden Administration Has Been Discussing To Cancel The Debt?

For more than a few months, the Biden management has been debating whether to cancel $10,000 in college debt per nonpayer. It has already cancelled $32 billion in total debt, the largest any president has ever forgiven.

This includes billions of dollars in relief for students who attended institutions with predatory or misleading tactics, as well as individuals who qualify for the Public Service Loan Forgiveness programme, disabled borrowers, and others.

Federal student loan payments have been halted since the early days of the COVID-19 outbreak. Unless Biden extends the pause, which many progressives and other advocates want him to do, the monthly bills will resume in September.

Is It Possible To Get A Student Loan In America?

Who Is Eligible For A Student Loan In The United States?

Most lenders require that you be a United States citizen or legal resident with a Social Security number. You must also be morethan18 years old and have a high school diploma or equivalent degree. You can also use the remaining loan for your further education.

How Do Student Study Loans Work In The United States Of America?

A student loan is money lent from the government or a private lender to cover college or any higher education expenses. The loan must be repaid later with the pre-estimated interest rate, otherwise it accumulates over time. The funds are naturally used for tuition, room and board, books, or other fees paid during higher studies.

How Much Money Can I Get For A Student Loan?

A Spokeswoman For Anne Heche Said She Is Not Expected To Survive After A Car Crash Into A Los Angele...
The digital revolution in India offers investment opportunities for the US
The Star Of The Cannes Hit 'Triangle Of Sadness,' Charlbi Dean Has Died At 32