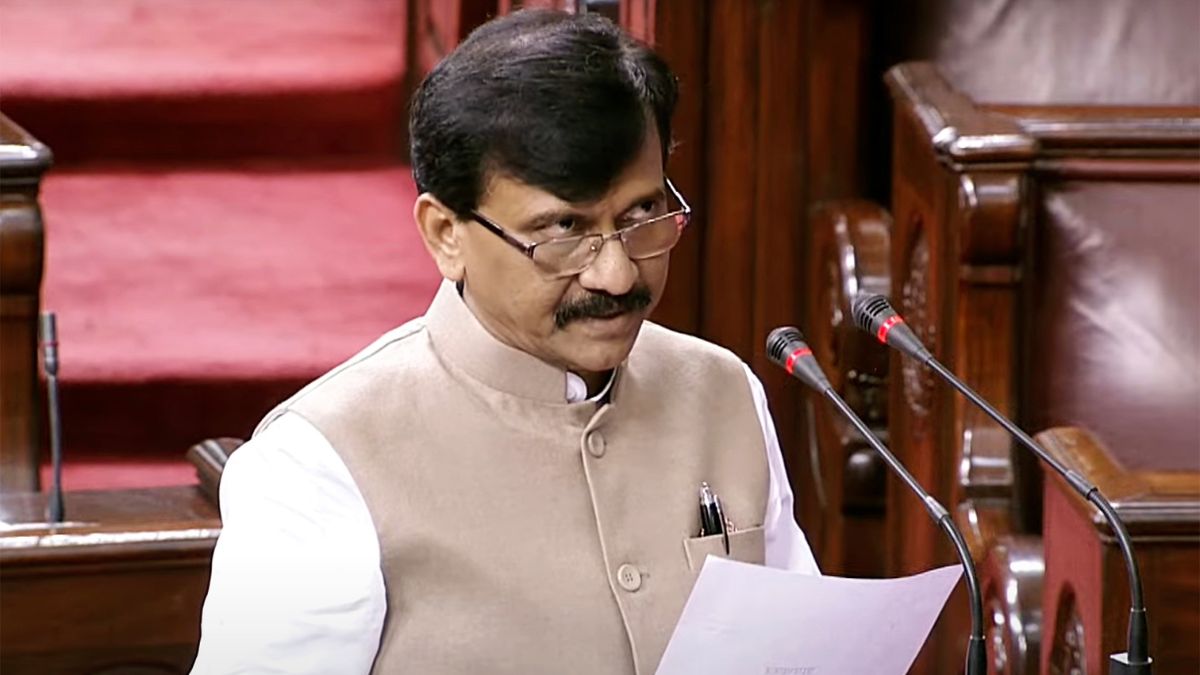 The ED went to Sanjay Raut’s house a day after an alleged audio of Sanjay Raut abusing and threatening Swapna Patkar, a witness in the case, went viral on the same day. An Enforcement Directorate official arrived at Shiv Sena MP Sanjay Raut’s house on Sunday morning in connection with the Patra Chawl land scam case.

July 27, a new summons was issued, which he ignored for the Parliament session. Sanjay Raut stated that he is in Delhi for the session of Parliament. Also According to the ED charge sheet, Sanjay Raut’s wife made a 14 lakh profit on a Rs. 5,625 investment in a construction firm.

Sanjay Raut took to twitter to deny any involvement with a scam and to state that he will not be leaving the Shiv Sena.He stated that this is an incorrect action on the basis of false evidence. I will not abandon the Shiv Sena for any reason, until I die. I will not give up the motive, Jai Maharashtra, “he wrote on Twitter.

The ED action comes just one day after an alleged audio recording of Sanjay Raut allegedly abusing and threatening Swapna Patkar, a key witness in the case. HT has not confirmed the audio’s authenticity. Neither Raut nor any Shiv Sena spokesperson has commented on the viral audio.

The ED provisionally attached assets worth over Rs 11.15 crore of Sanjay Raut’s wife Varsha Raut and two of his associates in April, prior to the collapse of the Uddhav Thackeray-led Maha Vikas Aghadi government in Maharashtra.

At 7 am, the ED team along with CISF cops reached the Shiv Sena leader’s residence in Bandup in the eastern suburbs of Mumbai and started searching. Shiv Sena is conducting a search and questioning about the Patra Chawla land scam case because Shiv Sena is based on false evidence, as Sanjau Raut said. After some searching, the Shiv Sena leaders start gathering around Sanjay Raut’s house.

The ED officials also took Avinash Bhosale, a Pune-based businessman, in connection with the Yes Bank case. Sanjay Raut is being probed in connection with a 47-acre plot owned by MHADA. The chawl has 672 tenants under Goregaon Sidharth Nagar Sahkari Griha Nirman Sanstha Ltd.

The investigation is into the Patra Chawl land scam of Rs. 1034 crore with Shiv Sena leader Sanjay Raut. The case is being filed under the Prevention of Money Laundering Act, 2002. The Patra Chawl case is linked with Rakesh

Anne Heche Receives Assistance From Hollywood After A Car Accident Because She Is Being In Real Cris...
U.S. Lawmaker Walorski And Two Others Pass away In A Car Accident
Recent News - Rs. 500 and 1000 Notes Are Banned Today Onwards