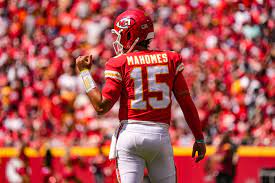 The Packers’ 2022 preseason concludes Thursday night at Arrowhead Stadium against the Chiefs.  Final auditions: The roster must be cut to 53 players by next Tuesday, and special teams are likely to be the most crucial in the final few decisions.

Rich Bisaccia, the new coordinator, has been trying out everyone on the return and coverage units in search of guys he can rely on to perform at the level he expects and play in the way he prefers.

The game against the Chiefs is everyone’s last chance to make a good impression as the Packers try to improve their special teams following two subpar seasons in the phase.

Here’s What To Look Out For The Packers-Chiefs Game

The return guys are the more visible positions, and so far in two preseason games, the following players have rotated: receivers Amari Rodgers and Ishmael Hyman, cornerback Rico Gafford, and running back Tyler Goodson.

Long snapper is another unique job, and while Jack Coco is the only one currently on the Packers’ roster, specialists like him are continually competing against any other available players.

Cornerback Kiondre Thomas had at least one tackle in each of the first two preseason games, while other defensive backs – corners Shemar Jean-Charles and Kabion Ento, as well as safety Tariq Carpenter – have also contributed.

How New Orleans Was Another Step Forward To San Francisco

These are only selected names challenging in this contest. Every punt, kick off, and field goal challenge in this preseason climax might impact the verdict.

Quarterback Jordan Love’s performance in the second preseason game against New Orleans was another step forward from the opener against San Francisco.

Love, according to head coach Matt LaFleur, is “light years ahead” of where he was a year ago, and he continues to put together excellent workouts on a weekly basis.

If Aaron Rodgers’ health holds up, this should be Love’s only significant playing time in 2022. It would be a good way to end the preseason if he put together another decent performance that demonstrates his development as a rookie quarterback, especially in the stadium where his first NFL start last season was a rough one.

Neither Aaron Jones nor AJ Dillon have played in a preseason game, and neither will participate in the season finale.

The candidates battling for the No. 3 spot have gotten all of the game reps this month, and the competition between Goodson, Patrick Taylor, and Dexter Williams is down to the wire.

Keep an eye out for any blitzes the Chiefs throw against Love, and who the running back is tasked with scooping up. Pass protection (together with special teams, as previously indicated) will be crucial in the end.

Which Team Is More Likely To Win, The Packers Or The Chiefs?

In the current Packers vs. Chiefs odds, Green Bay is a 1-point road favourite, while the over/under, or total number of points Vegas believes will be scored, is 36.

What Is The Problem With The Packers’ Special Teams?

According to Football Outsiders’ DVOA, Green Bay had the worst special teams in football in 2021. During the playoff defeat to the San Francisco 49ers, the phase was guilty for at least four critical errors: a field goal miss, a large kick-off return allowed, a punt blocked and returned for a touchdown.

In The NFL, How Much Does An Offensive Line Coach Make?