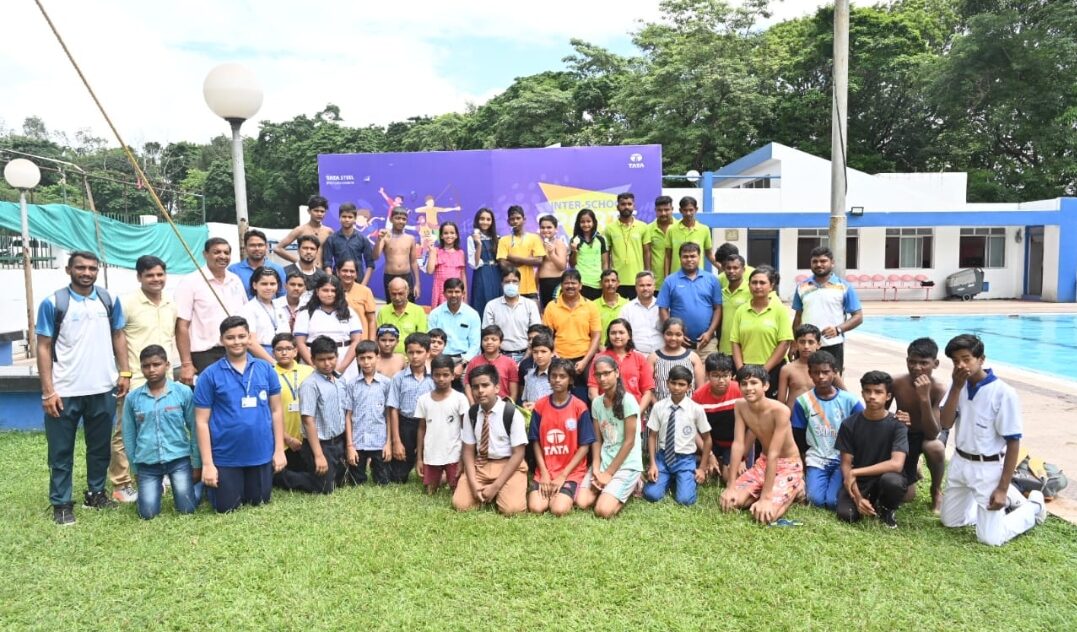 August 6: As part of the Azadi Ka Amrit Mahotsav celebrations, the Tata Steel Sports Department is hosting a two-day Inter School Sports Carnival in Jamshedpur. The two-day carnival began on Friday, August 5 and will end on 6th of the month.

Competitions were held in the three sports disciplines that includes swimming, Table Tennis, and archery on the first day. The tournament includes four other sports like athletics, basketball, badminton, and volleyball will take place on the last day of the competition.

The 7 different sports disciplines have a total of 621 athletes from 27 different schools in Jamshedpur. Today at the JRD Tata Sports Complex, the Tata Steel Sports Division hosted the inter school competition.

What Are Other Sport Events Organized By Tata Steel

Olympian Anand Menezes welcomed the guests and competitors before the meet was officially opened by Ashish Kumar, Head Sports, Tata Steel. During the closing ceremony, Deepa Verma, the Chief HRBP served as the chief guest and gave out the awards to the winners of the various events.

The entire meet was overseen by Sanjeev Kumar and his team of athletics trainees, but other members of the sports team, including Vibhuti Adesara, Saroj Lakra, Renu Bhaduriya, R Pawan Kumar, Satish Singh, T V Rao, Ajit Singh, and M Shanker Rao, were also in attendance.

The academy is all about for young, gifted people receive instruction to excel in sports events at the national and international levels under the strict supervision of skilled instructors. Not only did Jamsedji Tata see Jamshedpur as a model metropolis but also as Asia’s first integrated steel factory.

He instructed Sir Dorabji Tata in his correspondence to earmark spaces for football, hockey, and parks. For the 1920 Antwerp, Belgium Olympics, Sir Dorabji Tata began funding 4 athletes and 2 wrestlers as early as 1919. Sir Dorabji Tata went on to become the inaugural President of the Indian Olympic Association in 1924. Tata Steel’s dedication to sports has led to Jamshedpur’s position as the sports city of Jharkhand.

The 30-acre complex features an 8-lane synthetic track, a grand size pool, a boxing gym, a skating rink, a basketball court, an archery range, a handball court, a lawn tennis court, a volleyball court, a table tennis hall, a chess centre, and areas for adventure sports. Jamshedpur FC is the first football team in the Indian Super League (ISL) to have its own stadium, which is the JRD Tata Sports Complex.

Where In India Is The Tata Steel Archery Academy Located?

West Bokaro, Noamundi, and Jharia in the state of Jharkhand, as well as Sukinda and Kalinganagar in the state of Odisha, are all home to a Tata Steel Feeder Center. Every year, 20 cadets are recruited by each sports centre to train in football, archery, and athletics.

How Can I Get In Touch With Tata Football Academy?

How Many Tata Archery Academy Archers Have Won The Arjuna Award?

The Arjuna Award, India’s highest sporting honour, has been given to nine archers, while two trainers have received the Dronacharya Award for outstanding coaching.

Video, audio, and bookapplications on the Playstore may have to pay about a 6% commission
WhatsApp bans over 23 lakh Indian money owed in August
Zelensky warns that Russia wants to destroy Europeans' daily lives